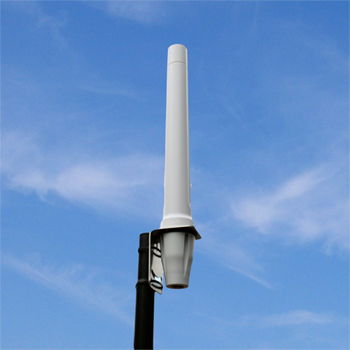 Catch it outside, use it inside

At home or on the move, Internet connection wherever you are.

At Home:
Mobile internet solutions (3G/4G/5G) are becoming increasingly popular for home and business use, either because a fixed line service is not available, very slow, or just simply because it works out cheaper!

You will need to mount an outdoor antenna on to your home, shed or out-building to get a reliable signal from your nearest phone-mast and then connect up a router inside to share the service between your internet devices, such as tablets, computers, smartphones, etc.  Just pop a SIM card into the router, connect to the antenna and get surfing!

Mount the antenna to your vehicle! Here at Solwise we offer a wide variety of different antennas, both directional and omni-directional. Along with these, we provide various mounting brackets, from suction cups to tile mounts, and we also offer a number of antennas that mount directly to the vehicle, whether it is a motorhome, yacht, barge or bus. See our wide range of outdoor mobile antenna here

Mobile Internet - Home and Away

Over the last couple of years, due to the improvement of LTE coverage, 4G has made it practical for both businesses and individuals to have access to the Internet using a mobile network as opposed to using a fixed-line connection from the likes of BT.

In fact, with the reduced cost of hardware, it is now easier than ever to replace your standard wireless router with a 4G wireless router. But not all routers are created equal, so you do need to consider the specifications, in particular the category of the router, which primarily determines the maximum connection speed you can expect to receive when connecting to a mobile network. For example, a Cat4 LTE router has the potential to support a maximum of 150mbps download and 50mbps upload, whereas a Cat6 LTE can support a maximum of 300mbps download and 50mbps upload. In addition, many Cat6 LTE routers can also support aggregation that can further increase your connection speed, but this is entirely dependent on the mast’s congestion, and if the mast supports this technology. When it comes to the network service itself, our recommendation would be to subscribe to a fixed data amount SIM contract, and not unlimited, although the latter option does tend to be cheaper on average, it will come with some restrictions such as lower priority when the network is busy.

Just to clarify, you need a separate data-only SIM card for use in a 4G router, you cannot simply take your SIM card out of your phone and expect it to work.

Historically you typically had a grace period of a couple of weeks, but with the massive influx of new connections to the 4G networks, the network providers tend to clamp down quickly by purposely throttling your connection. However, this could be a moot point if you cannot get a good signal to start with, and the best solution to this is to use an external antenna. When it comes to antennas, there are a lot of factors involved and it is not just a matter of using the most “powerful” antenna possible. Antennas themselves come in different shapes and sizes but fundamentally they all do the same thing, which is to increase the signal strength when connecting to a source of wireless connectivity such as a mast.

The first consideration is frequencies in particular, which ones are used by your network provider as some antennas perform better on the lower end of the spectrum in the 600 – 800Mhz range and others in the higher ends 1400 – 1800Mhz. As a rule, the more rural you are located, the more likely a network provider will be using lower-end frequencies, as lower frequencies require less power to transmit, which explains why there are typically only a handful of masts found in the countryside in comparison to cities or towns. In urban environments, the opposite applies, as they will have more masts operating at higher frequencies with more available bandwidth to support the larger amount of people connecting to these masts.

Another consideration is gain, measured in decibels (dBi), which is in layman’s terms dictates a signal’s strength or loudness. For a device to work efficiently, it needs to be connecting to a mast with decent signal strength, the sweet spot is around the –50dBi mark but most people will average around the –60 to –70dBi range, but once you start hitting the –100dBi mark, you risk the connection disconnecting. There is not an exact science when it comes to gain, but as a rule, the further you are away from a mast, the higher the dBi on the antenna should be. As an example, a marine grade antenna will typically have higher gain than an urban grade antenna, as it is expected that it will be further away from a mast. This works the other way round as well, as using a higher gain antenna makes the beam angle of the signal thinner, so when used in an urban environment where masts are more abundant, then it’s entirely possible to miss the mast you are attempting to connect to. Finally, you need to consider whether you are going to be using a directional or omni-directional antenna. A directional antenna, as the name implies, is designed to be positioned facing with a clear line of sight to a mast, which means that any objects between the antenna and the mast will weaken the signal strength or block it entirely. Directional antennas typically have higher gain than omni-directional antennas owing to having a more focused beam angle, which will return higher signal strength. Omni-directional antennas on the other hand, have lower gain as they operate in a rough 360-degree radius, so the beam angle will be wider, making them better suited for locations without line of sight to a mast. Of course, for the best results, it is still recommended that you position the antenna above the roofline and in the general direction of the mast. To keep it simple, consider your environment and choose an antenna which you believe best suits your needs.

For help or more information, feel free to get in touch with us at Solwise.

What is antenna gain Go ➤

View Mobile Routers and their Specifications
View Mobile Antennas including for vehicle use and marine grade
solution-index.htm