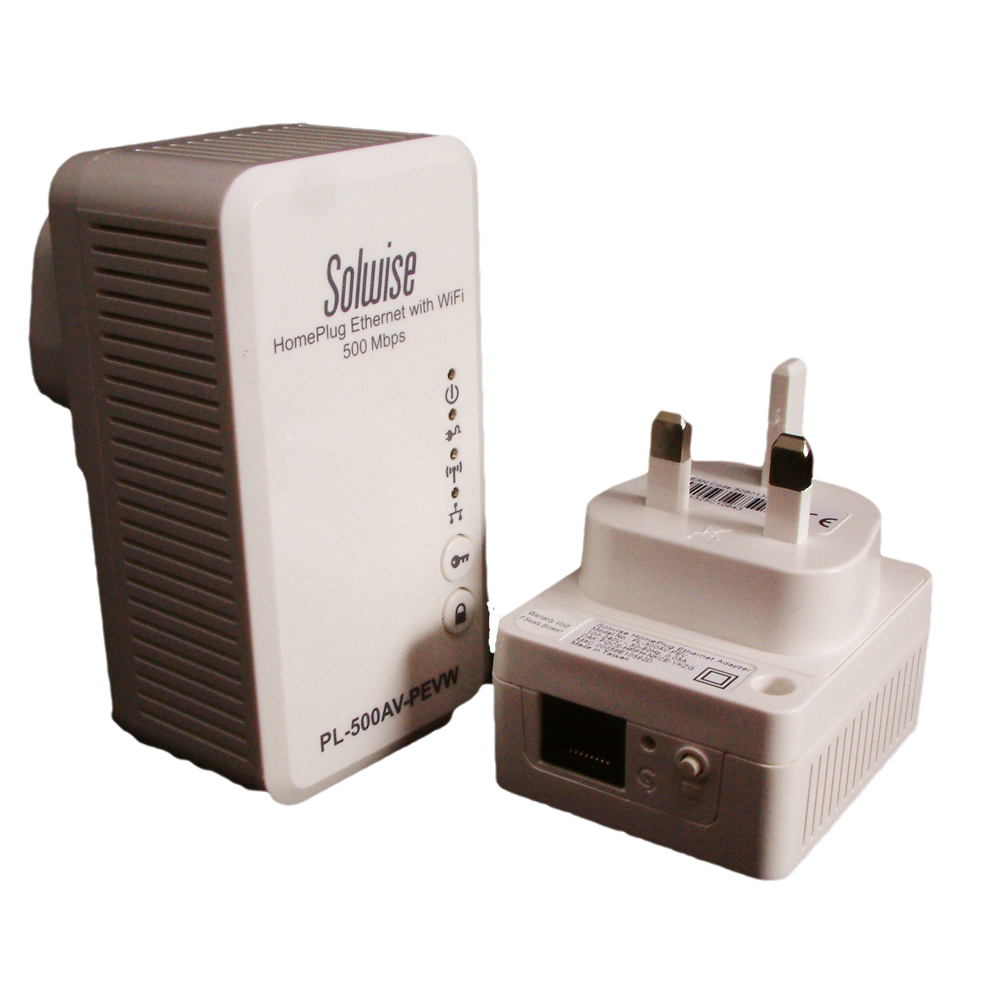 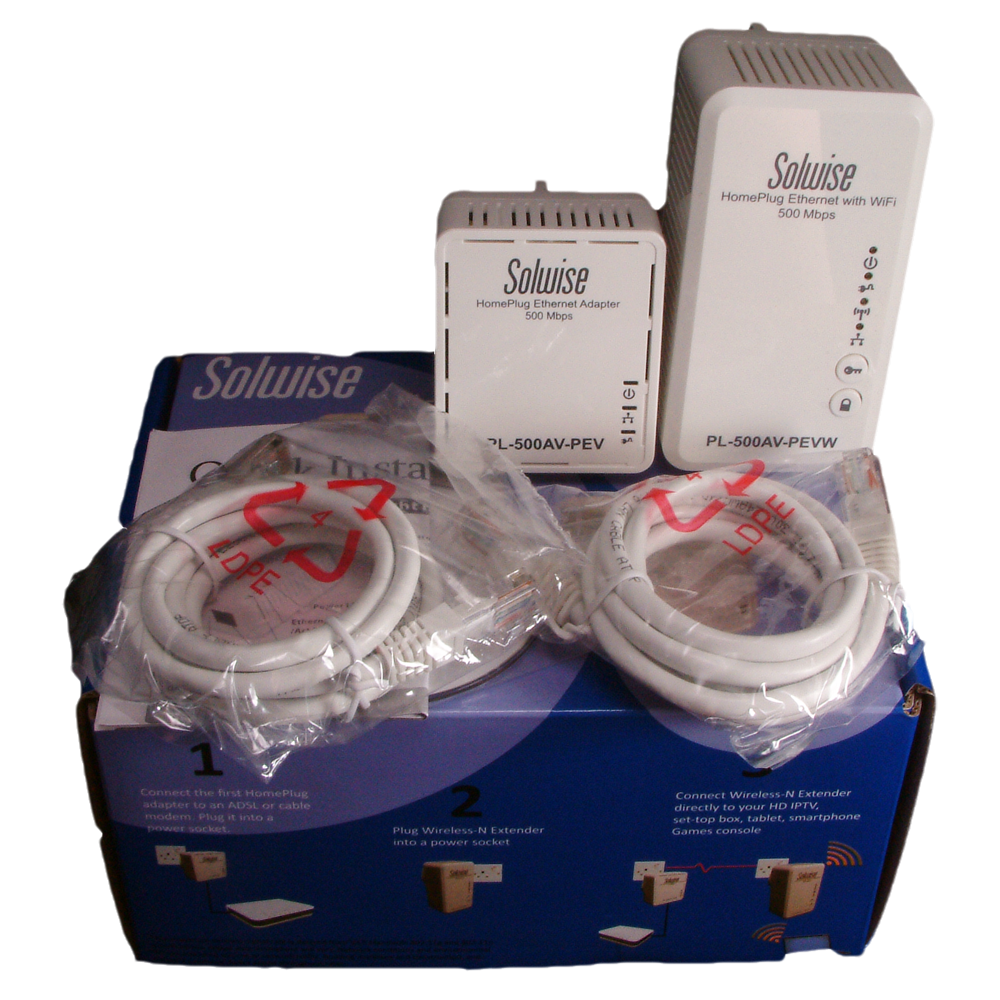 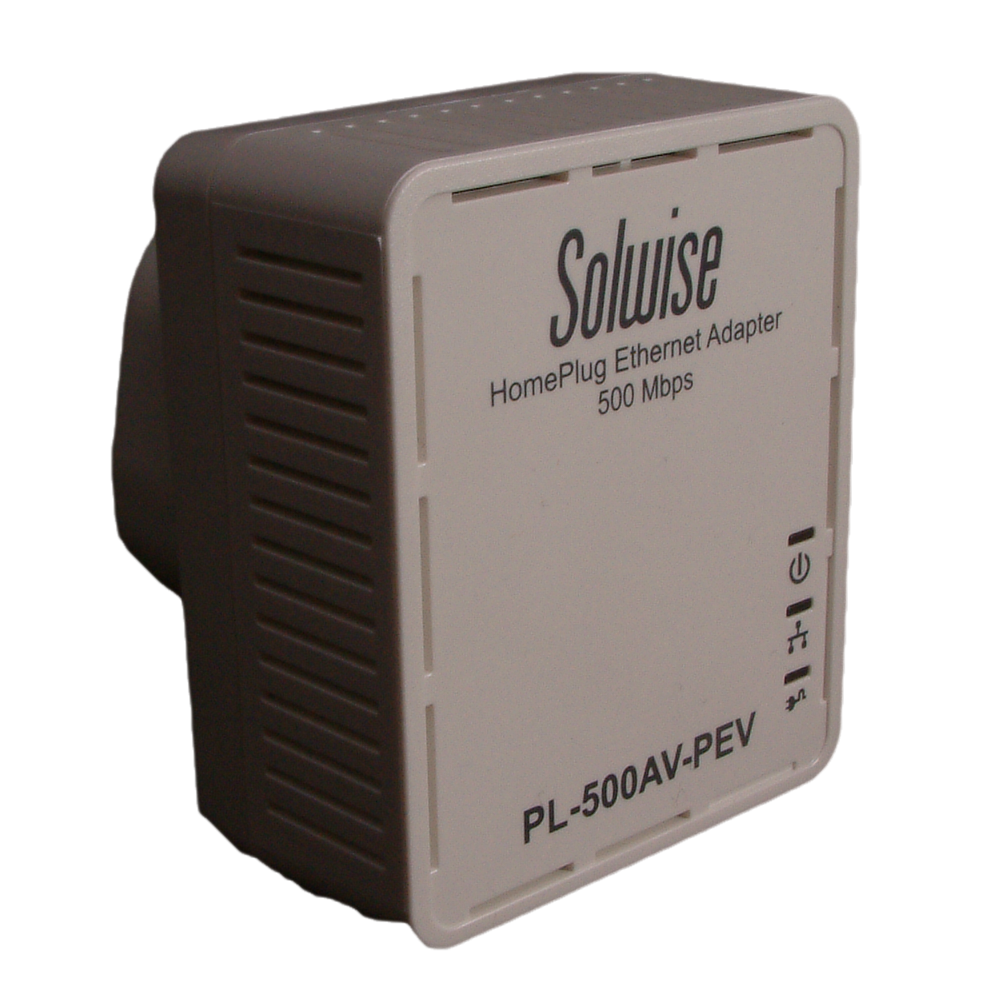 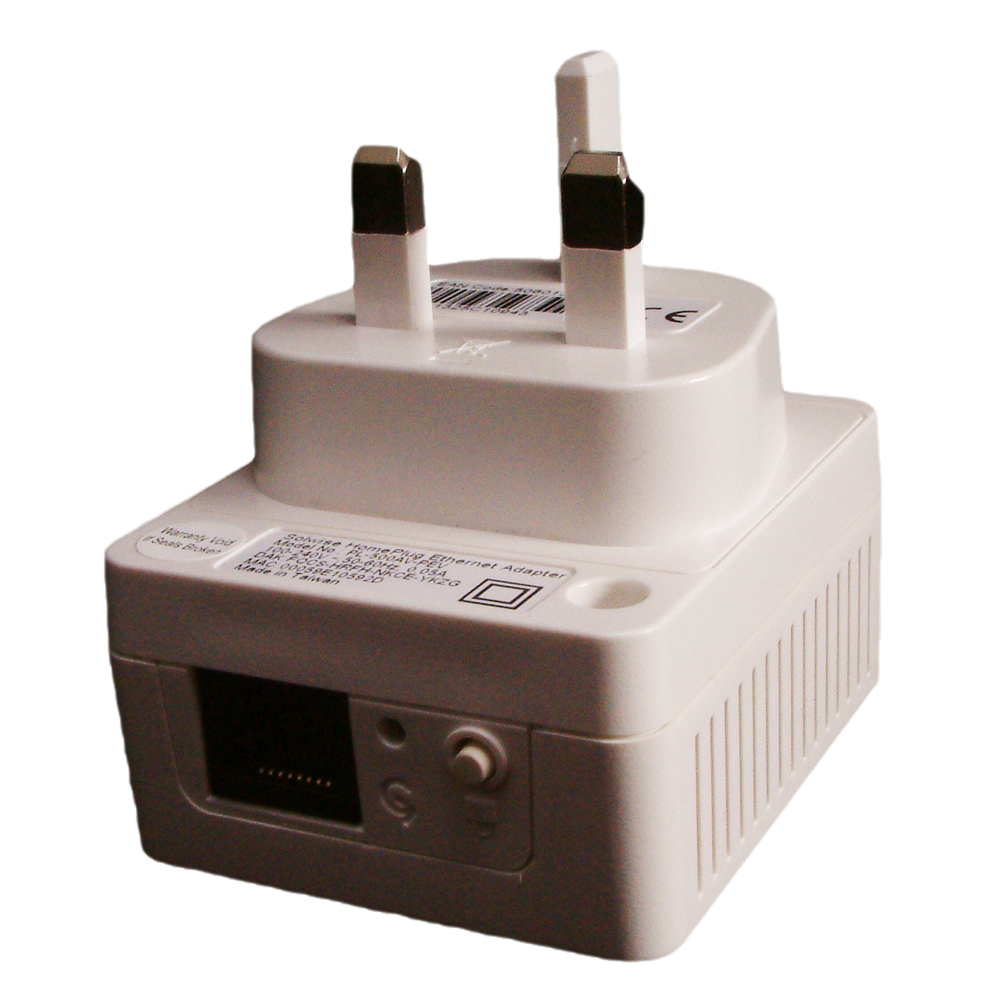 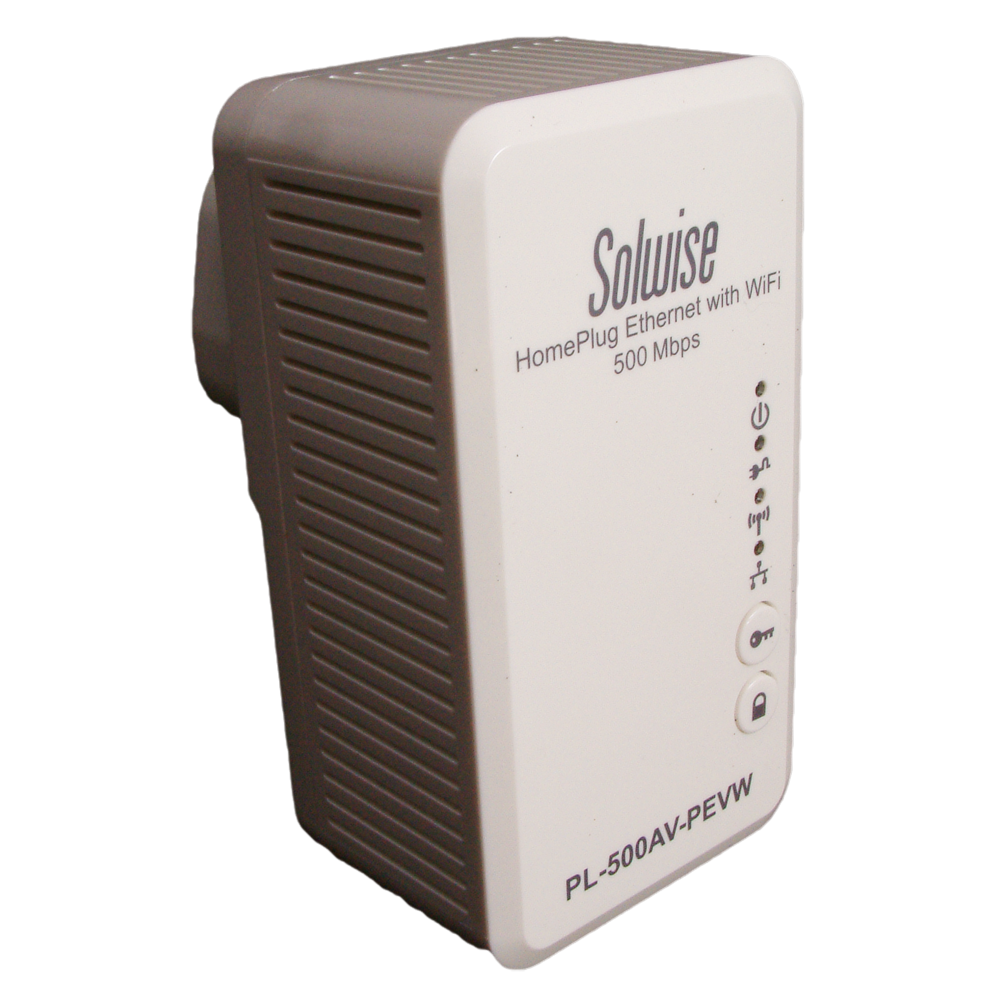 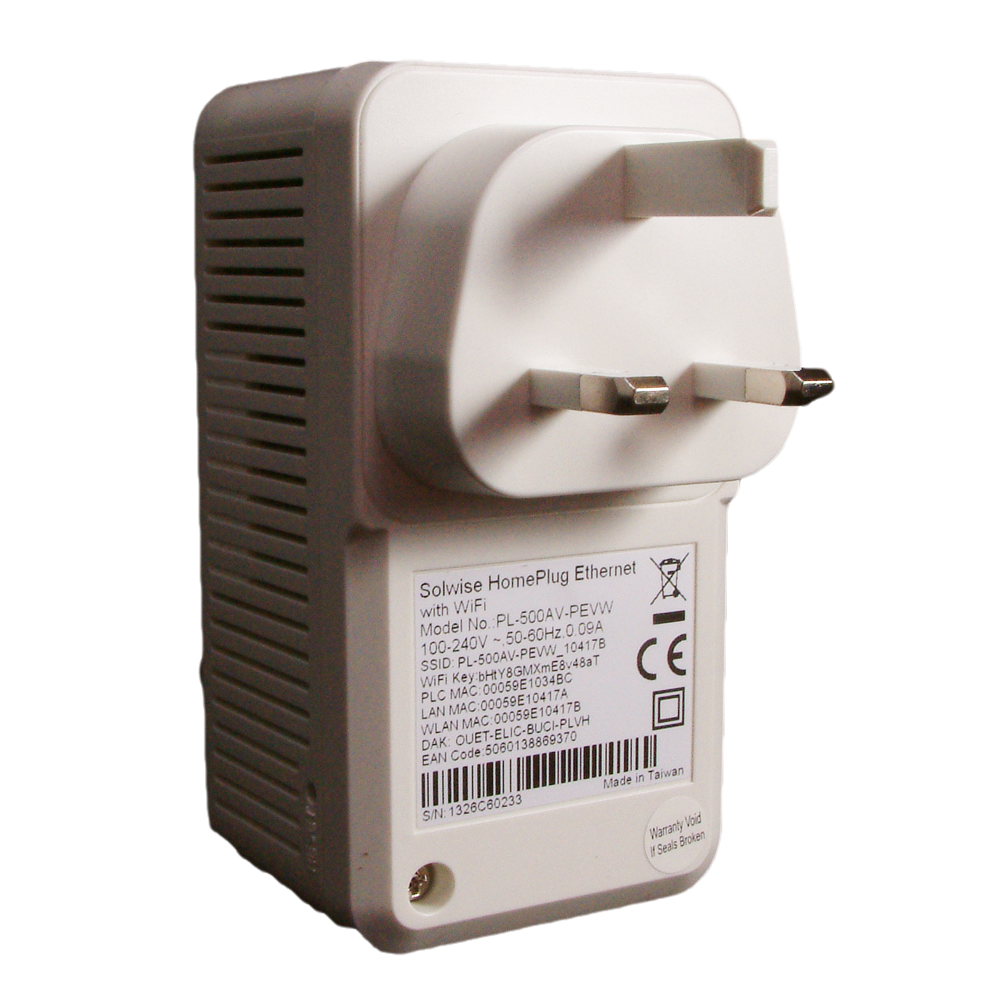 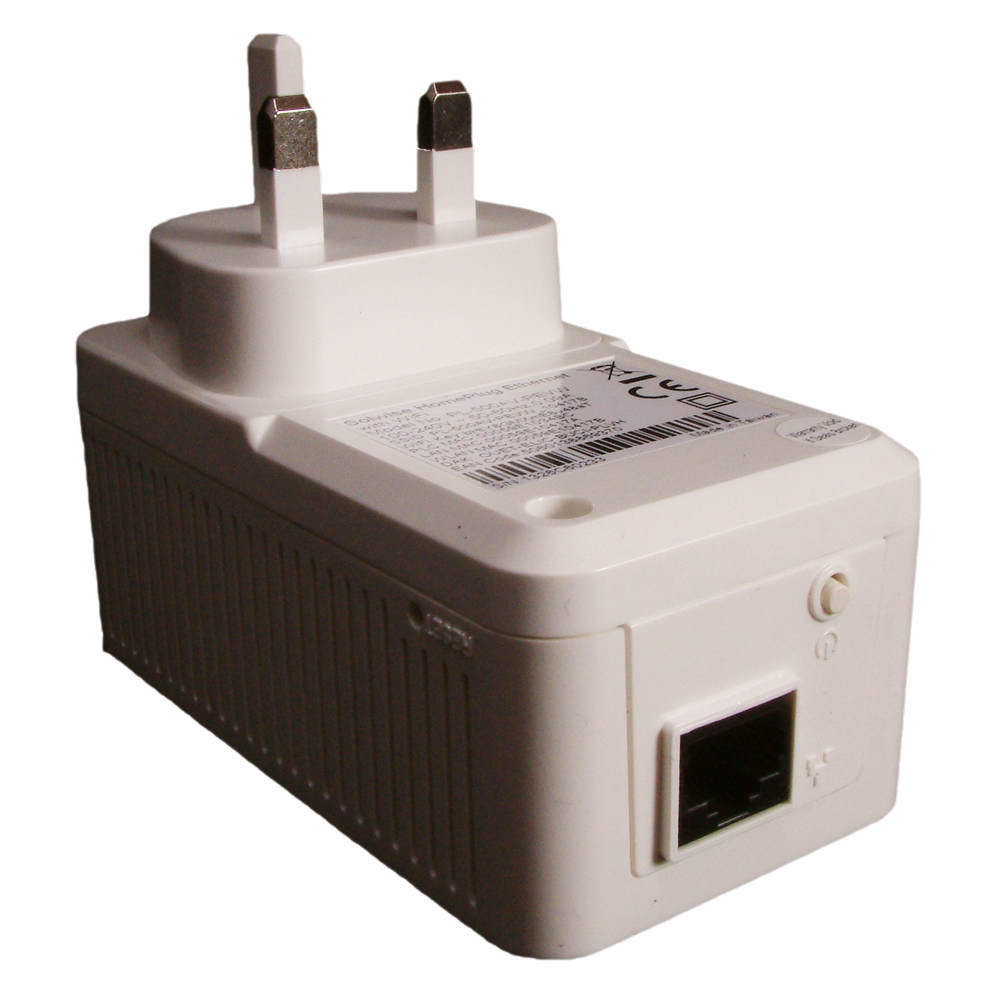 The Solwise PL-500AV-PEVW-KIT home plug AV 500Mbps can transform your home power lines into a networking infrastructure. home plug is a fast and simple way to connect to the Internet with easy connection between your computers, games consoles, laptops, smart phones anywhere in your home where you have a mains socket.

You need at least two home plugs to create the connection. Traditionally, one plug is connected to your Internet router, the 2nd plug is placed in the remote area, such as your lounge, study or kitchen. The Plug connected to the router, takes the Internet signal and transfers it along your mains wiring, the 2nd plug takes the signal and distributes it via the Ethernet port directly to your device.

With the addition of a built-in 300Mbps, 11n 2,4GHz Wireless Access Point, the WiFi adapter is ideal for getting wireless access to the dead spot areas in your home.  It may be that your Wireless Internet router is the other side of the house meaning that you have no Wireless signal in the conservatory. After attaching the standard Ethernet plug to your router, simply plug the WiFi home plug adapter into the mains socket in the conservatory creating a WiFi hotspot

The Solwise 500AV adapters all have a configuration push button for a convenient way of creating a secure home plug network without the need to use software. Security support is by 128-bit AES Hardware encryption, ensuring the network is secure.

Remember, you will need at least two home plug devices to form a home plug connection. More home plug AV devices can be added to further share your network. 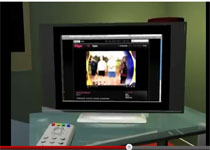 Get your Internet Ready TV online 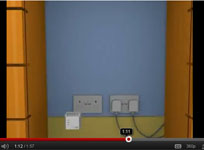 Get the internet throughout your home 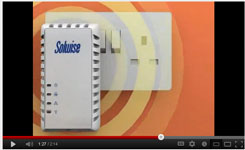 Get the Internet to your wireless dead spots 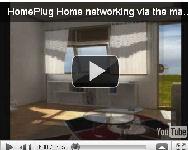