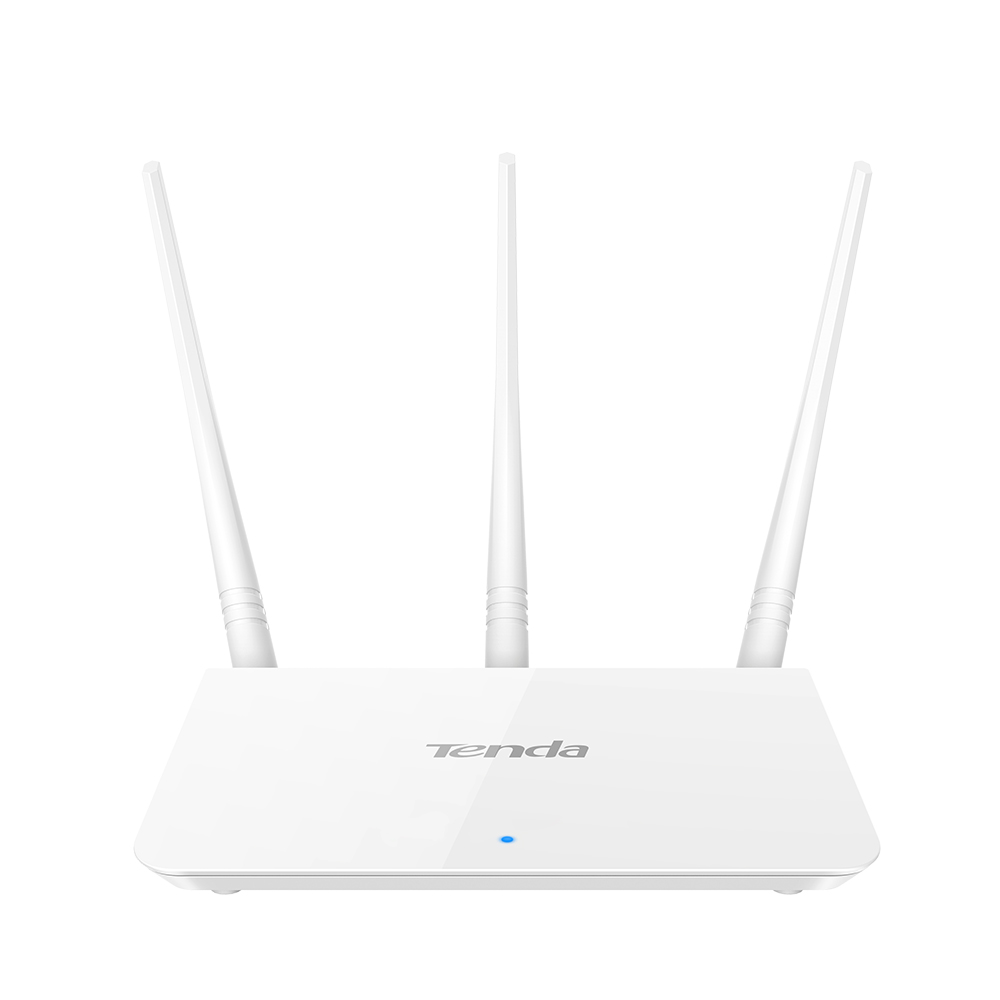 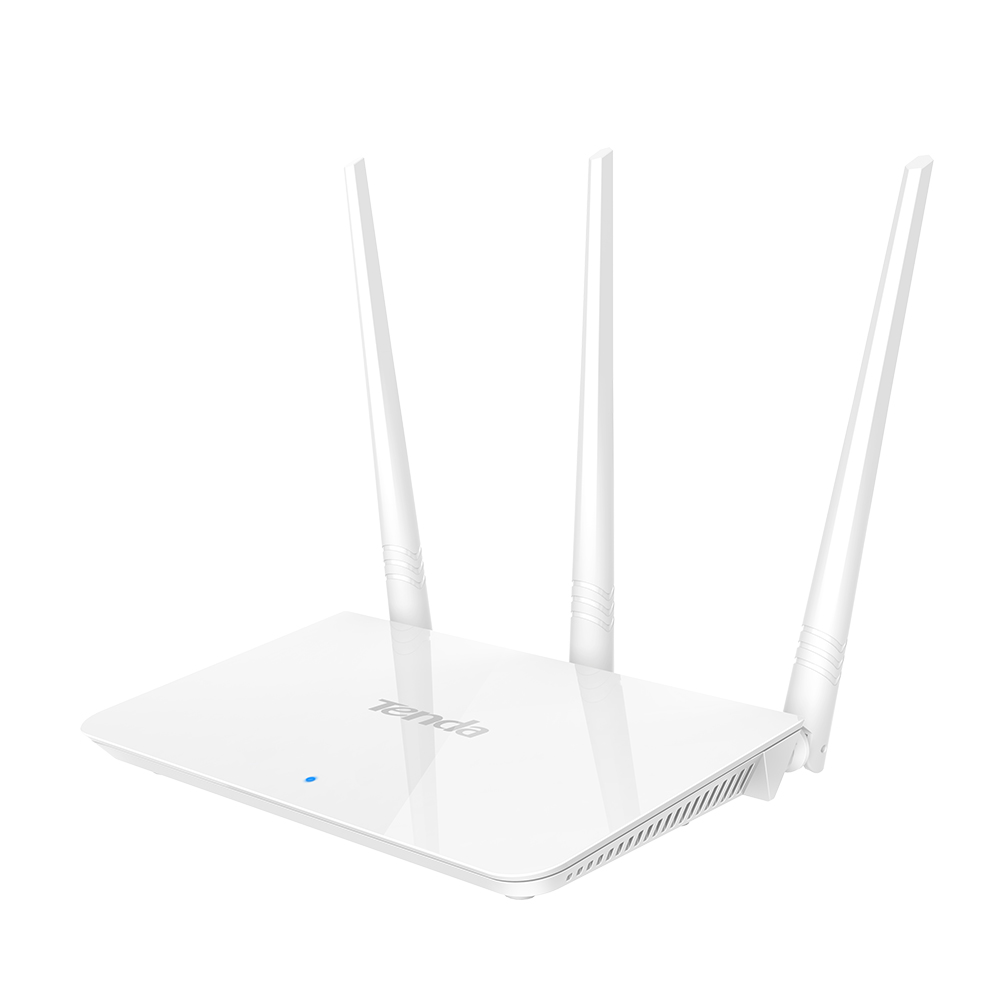 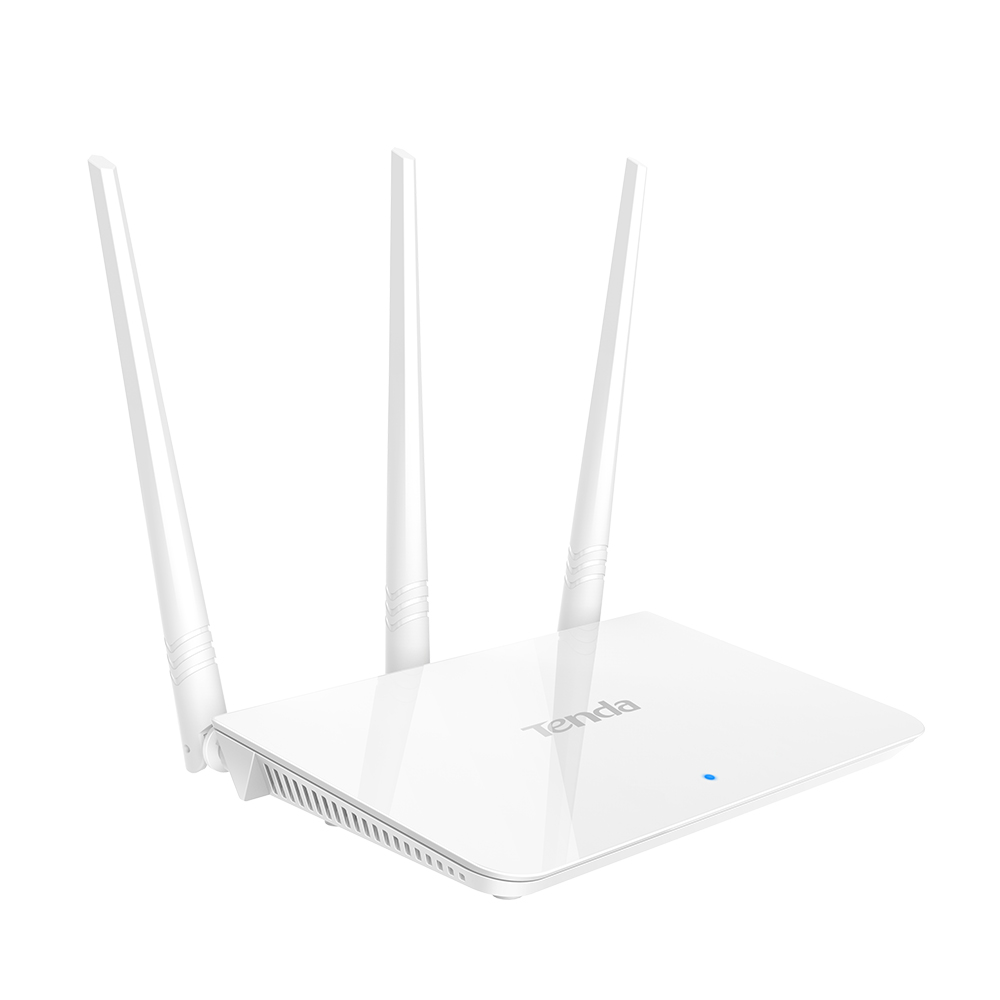 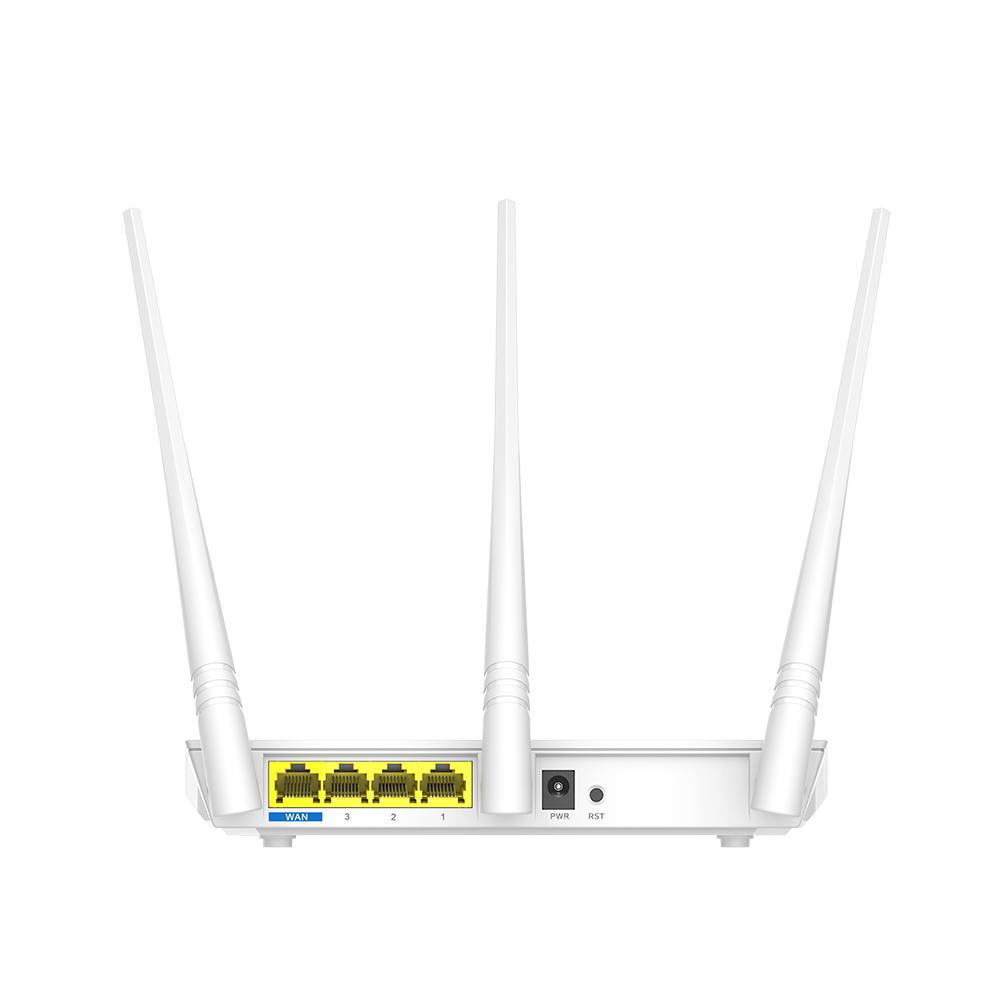 The Tenda F3 is a WiFi router that provides speeds of 300Mbps over 2.4Ghz, making it great for home uses such as sharing files, playing online games, browsing social media and streaming videos and music. It provides the perfect specifications to comfortably support a home network used by a household of people without going through the price-jump of the business-suited WiFi equipment.

Its compact and slim design allows it to be comfortably installed in a pre-existing network system without causing obstruction and its three 5dB WiFi antennas enable a wider broadcasting range than would be possible with standard two-antenna wireless routers.
It acts as a router in its default state, with a built-in DHCP server, but it's also extremely versatile and can be used as a regular WiFi access point if needed, making it much more useful and cost-effective than other equivalent Wireless Access Points. This versatility is also reflected in its 4 LAN ports, allowing you to save from needing a separate switch for any nearby cable connections. It also offers other advanced features such as bandwidth control, for restricting how much much bandwidth each individual connection can use to reduce traffic on your network.

The F3's WiFi broadcast is fully customisable, with both the SSID and the password able to be easily changed, which is another feature that makes it suitable for home environments. The WiFi security standard is WPA2-PSK, which is very secure. This router also features an intuitive webpage guide for the configuration process which takes just minutes to complete.