The RUT230 router from Teltonika is a machine-2-machine router for 3G data connections and ideal where you only need broadband speeds up to 10mbps. 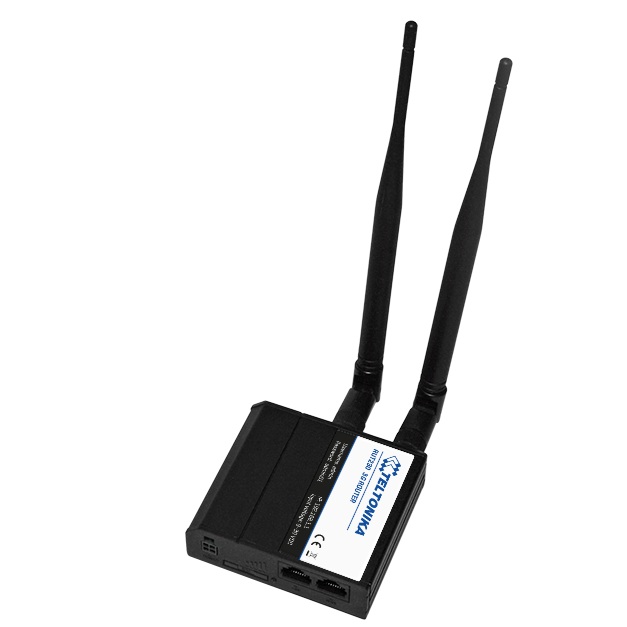 So where you don't need the potentially faster speeds you might get from 4G (bearing in mind the average speed from EE for 4G data is about 25meg) then a 3G connection might well be worth considering. For example for an IP camera or simple data telemetry 3G data speed is perfectly adequate. As far as coverage is concerned where ever you have 4G then you also have 3G. Further there are some areas of the UK that have 3G but not 4G. Either way geographic coverage using 3G is just as good, if not better, than 4G.

4G models, like the RUT240 or RUT950; the only difference is the 230 has a 3G modem interface.  So the Teltonika 3G RUT230 router is ideal for these applications and also a lower price than the equivalent RUT240 4G router. Other advantages of using 3G are a single stream antenna system; so you don't need the dual polarized antenna setup normally used for 4G. A simple single polarized antenna is fine. For example you could use the Poynting A0121 outdoor 3G antenna which is higher gain than the equivalent dual-polarized antenna and also has a longer antenna cable.

Also, if you need a fixed IP SIM service then often 3G data SIMs are lower price than 4G SIMs.

So the next time you're considering a mobile router for a remote site application, think about what you need the connection for; you might well find the RUT230 suits the application and it'll save you a few quid!