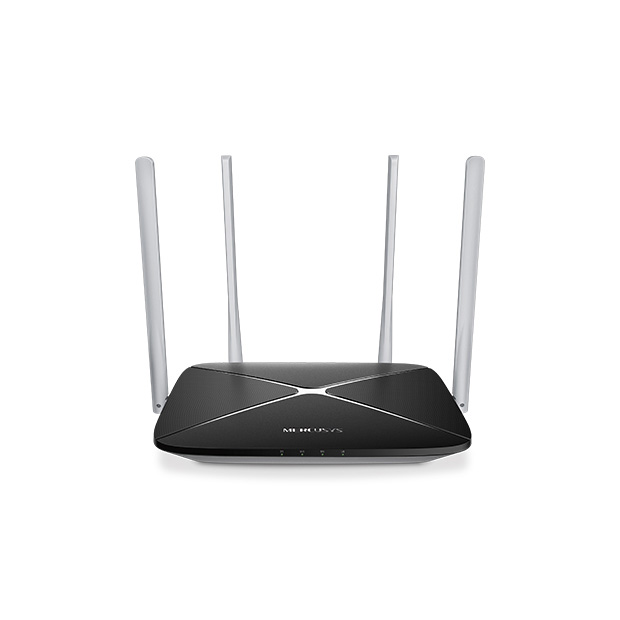 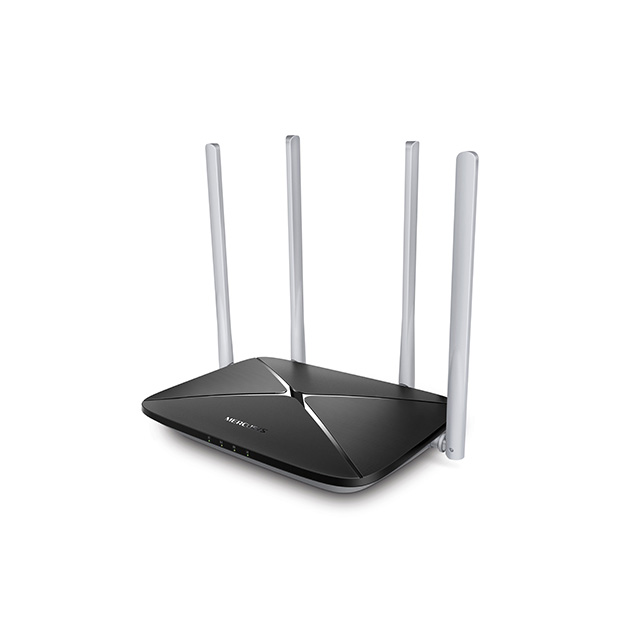 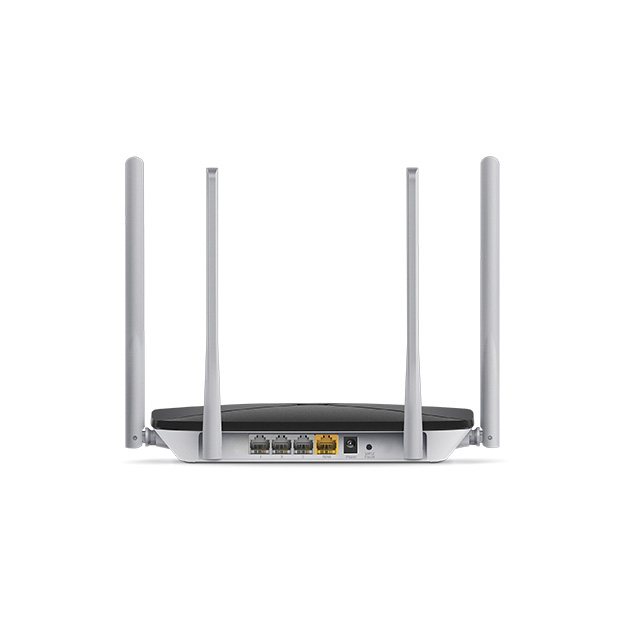 The Mercusys AC12G is an 802.11ac WiFi router, supporting wireless speeds of up to 1200Mbps for optimal performance among wireless devices. The AC12G is suitable for a wide variety of network activities such as gaming, HD streaming and live VOIP conferencing; this flexibility makes it ideal for both domestic and professional network environments. Four Ethernet ports are included (1x WAN, 3X LAN), making it well suited for cable-heavy networks as well as wireless.

The AC12G broadcasts dual-band 802.11ac WiFi through four 5dBi antennas, giving it strong wireless coverage throughout indoor areas such as homes and businesses. Both bands operate separately but simultaneously, allowing many people to use the WiFi for their own speeds at the same time without running into any connection intermittency or performance drops.

The AC12G features advanced network settings, such as VPN tagging and port forwarding, and supports strong security in the form of WPA2-PSK standards. For use in scenarios in which guest users need to be separate from the rest of the network, this router also supports Guest Network functionality. Similarly, Parental Controls are also provided for those concerned about their children's internet use in home networks.

The AC12G's web interface features a quick and simple 3-step setup guide, allowing the router to be configured for use straight away without any technical knowledge required. For those wanting this device as a standard Access Point instead of a router, this web interface can also be used to put it into an Access Point mode (or even configure it as a wireless repeater).