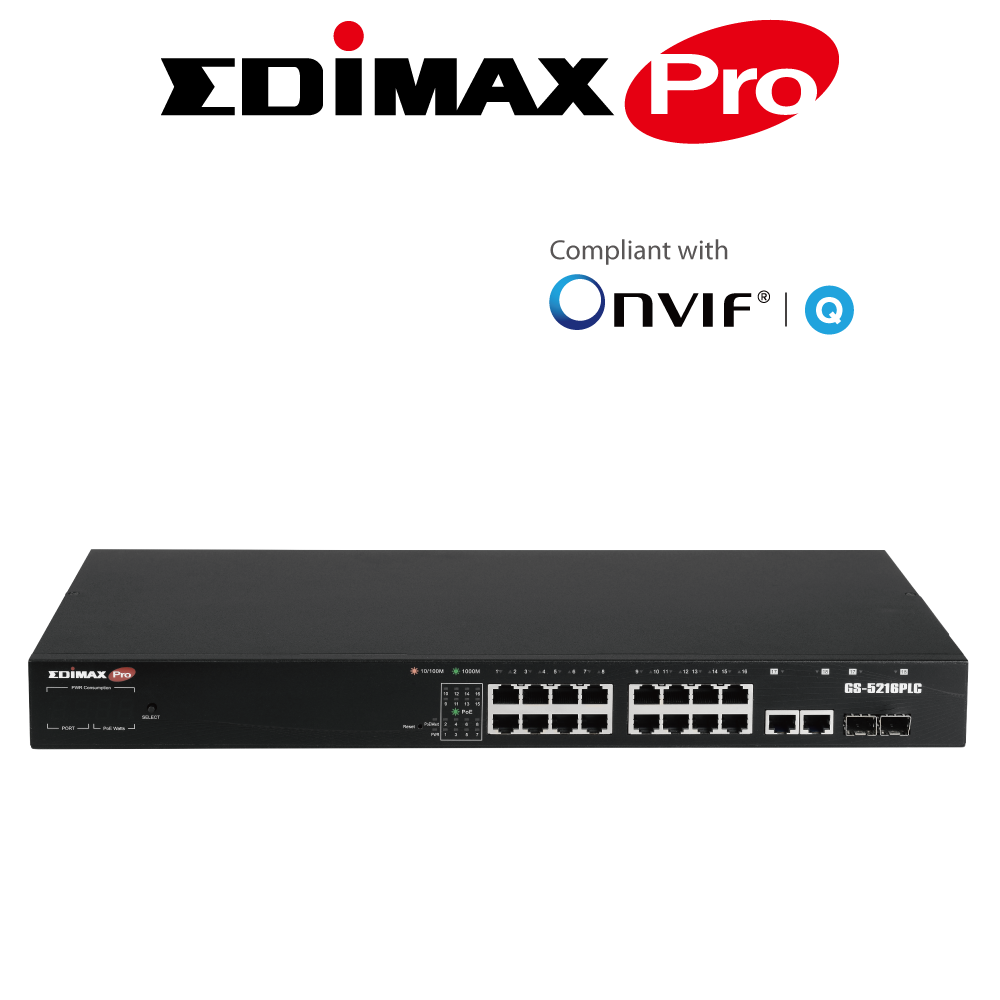 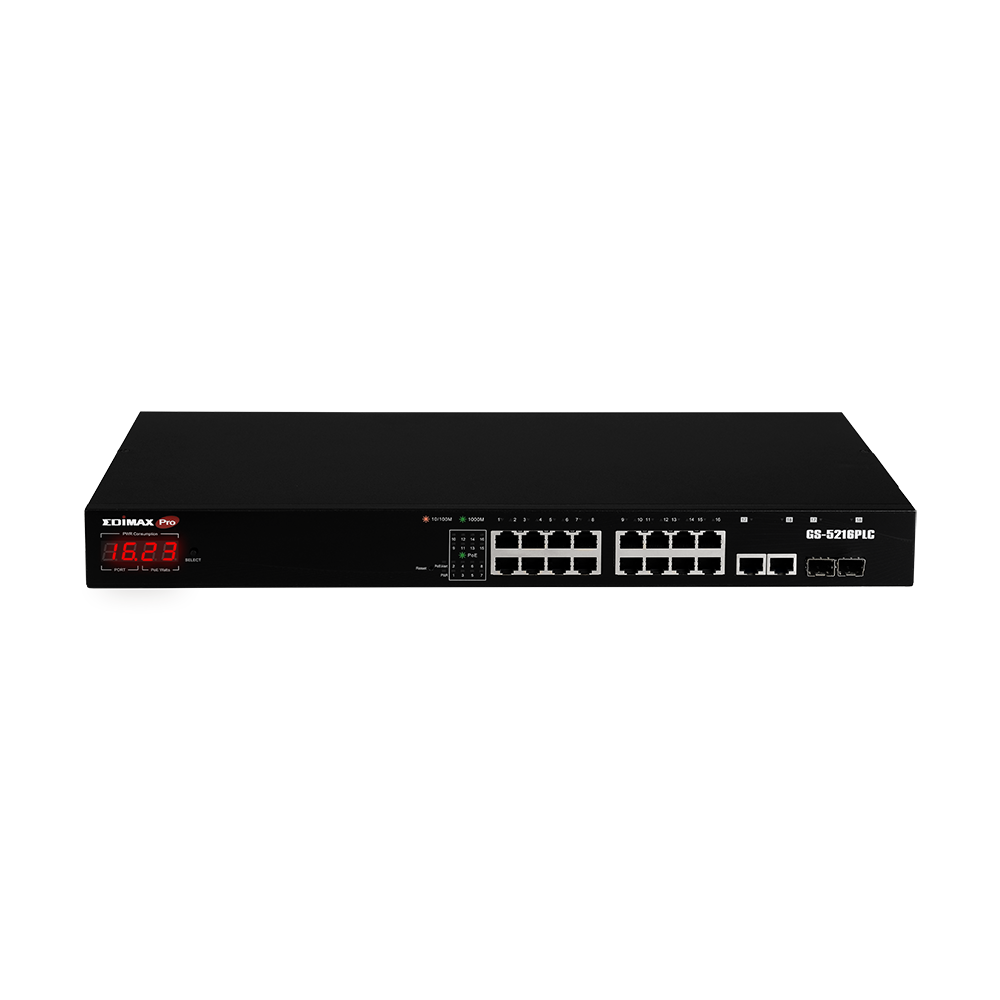 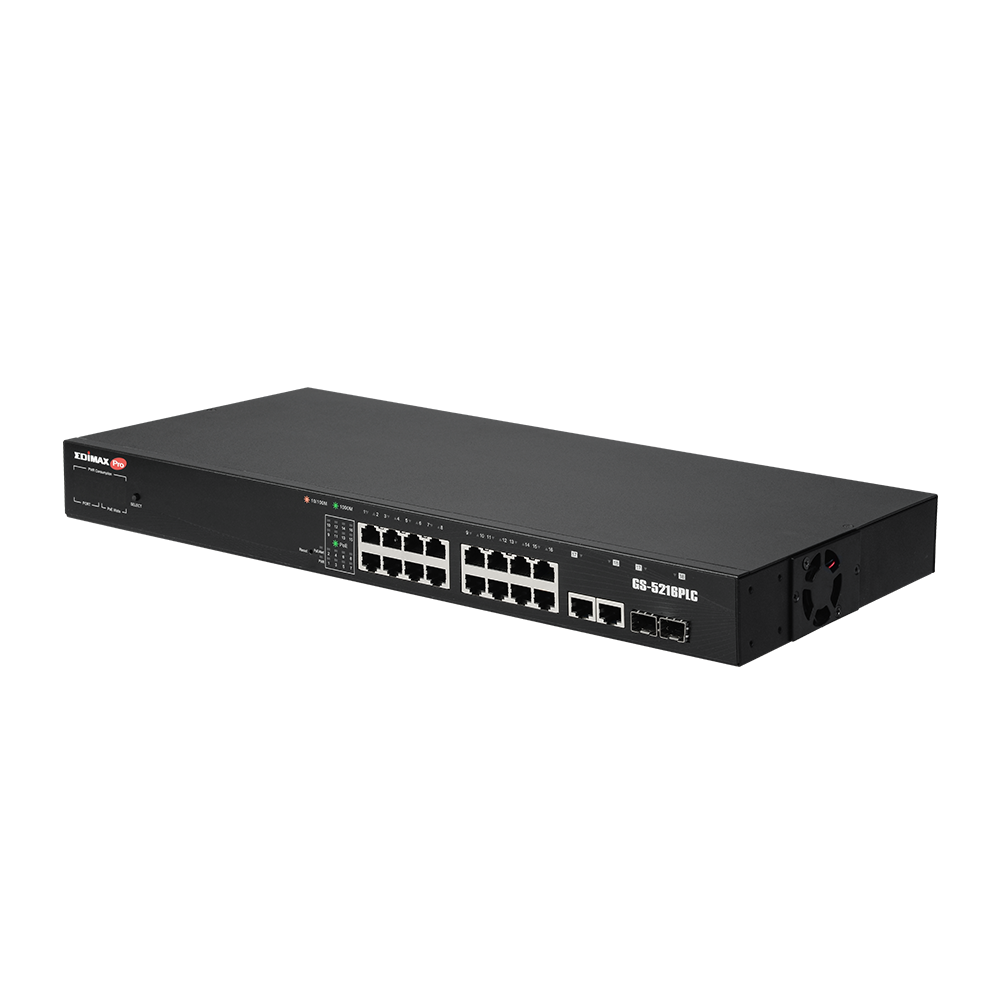 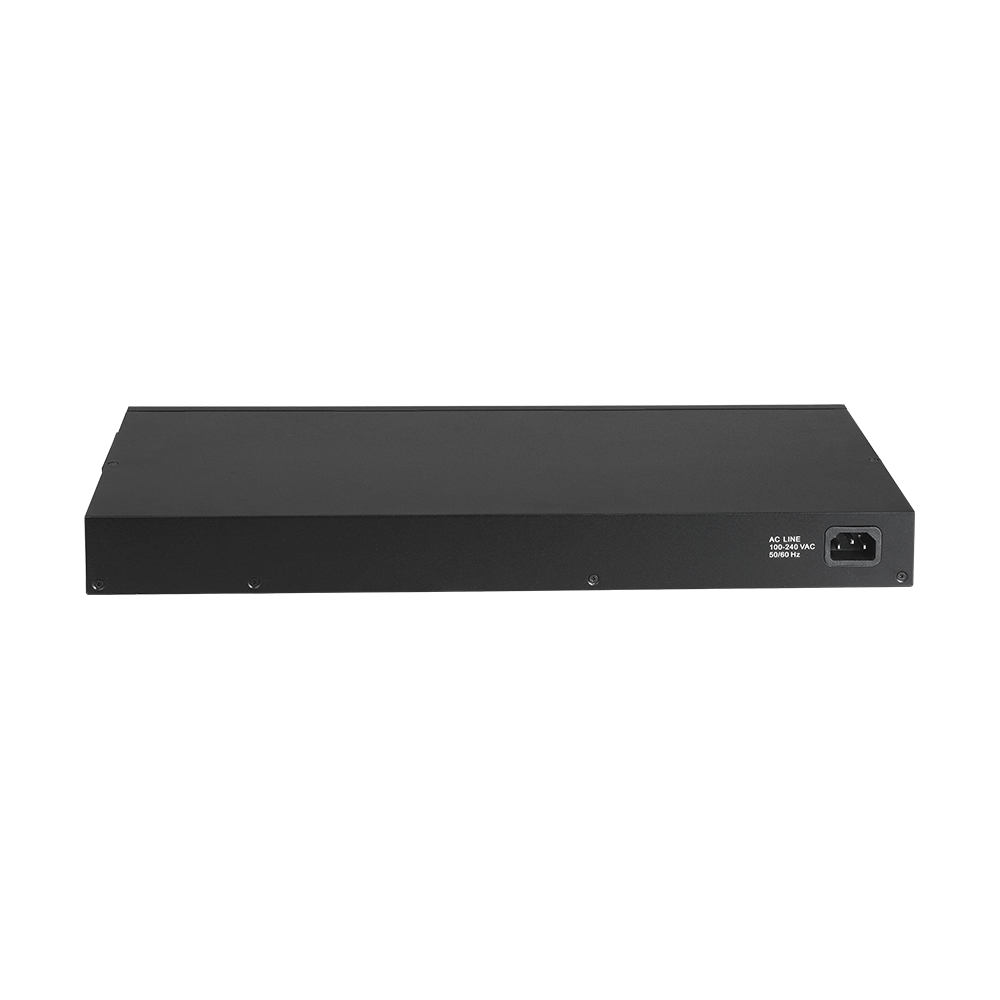 The Edimax ED-GS-5216PLC is an advanced 18-port Gigabit PoE switch that utilises ONVIF standards in order to facilitate quick and simple configuration and control of network devices. These ONVIF standards also guarantee that the switch can provide extremely strong security for a network, making it the ideal switch for use in both business and domestic networks (particularly those featuring IP surveillance) and its Gigabit speeds and PoE support make it ideal for high traffic PoE networks such as those that feature IP cameras and Access Points. Among the sophisticated security measures that this switch employs are DHCP snooping and IP surveillance, which is a feature that prevents unauthorised intruders on the network by enforcing device discovery and user authentication. This security also extends into strong and reliable failover measures such as alive checks for PoE devices (which are rebooted if they fail to respond), dual-firmware images for immediate recovery should one firmware image experience problems and power backfeed protection to avoid PoE ports being damaged.

The ED-GS-5216PLC specialises in VLANs: it features VLANs for IP surveillance and for VoIP in order to enhance video and voice quality.

This devices features a much more powerful form of Power over Ethernet (PoE) than most other standard PoE switches. Whereas standard PoE switches are limited to cable lengths of about 100 metres, the ED-GS-5216PLC supports a long-range mode which is capable of doubling its power and data delivery distance down a cable length of 200 metres at 10Mbps per port. This is ideal for use with PoE devices used across long distances such as IP cameras, VoIP phones, external APs, and IoT devices, providing extreme versatility when it comes to deciding on the best mounting location. The switch's PoE budget can be monitored and controlled very quickly and easily via an intuitive LED display.